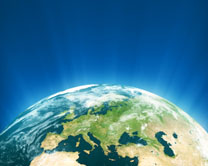 The Lord has designed a definite 3-fold End-time Project communicated to His servant the General Pastor of the Watchman Catholic Charismatic Renewal Movement, Worldwide. The project is a world-wide programme comprising…

(ii) Bringing about a great harvest of souls into the kingdom, as well as a mighty revival in the entire Church and

There are two principal reasons underlying the project, namely:

1. The time now in heaven (as was revealed earlier by the Lord)

2. The fact that these days have been declared “the day of the Lord”.

The information on the time now in heaven is a very unique one in the sense that it is addressing a much hidden issue. This revelation was expressly given to the General Pastor of the Watchman Catholic Charismatic Renewal Movement on the 16th of April, 1999, in Padova-Italy, as he was about to address some Christian folks on entirely another issue on that fateful Sunday morning service. The express message that was dropped into his heart 3 minutes to the time of delivering the sermon he had prepared was that the time now in heaven is 5 minutes to 12.00 midnight. The text that was quoted immediately following this information was Matthew 25:1-12.

The midnight SYMBOLIZES THE PEAK of the various activities and incidents that will influence the bride of Christ or children of the kingdom, making them (if allowed) to lose all their righteousness, their faith, their patience, their sobriety, their prayerfulness, their evangelism, their interest in the things of God, their mindfulness of the bridegroom’s return, and so on, thereby rendering them unworthy for the marriage with him.

It is exactly AT THE PEAK of these things and its consequences on the bride (referred to symbolically as the midnight) that the sudden call to meet the bridegroom will be made (Matt. 25:6). This call is that referred to as the Lord’s shout; the voice of the archangel; the trump of God (1 Thess. 4:16). Looking critically at the volume of today’s distracting, destabilizing, demoralizing and polluting situations all over the world, who is that real believer or minister who will not agree with the Holy Spirit that we are just about to hit the climax (THE PEAK) of these things, at which time the Bridegroom will return? All indicators are showing that we about to hit THE PEAK (the midnight). So we are indeed 5 minutes to 12.00 midnight.

The second reason underlying the Lord’s 3-fold end-time is the fact that “It is the day of the Lord”. By the day of the Lord we mean, a time or period when the Lord comes on board (as it were) to deal specially and decisively with ungodly situations in the world or in His Church, which the devils or human beings (in their ignorance or indifference to God’s sovereignty) authored, manipulated and prospered, which He has hitherto allowed and endured.

The Lord, as a matter of necessity has chosen the special ministers’ forum termed the INTERNATIONAL (AND INTER-DENOMINATIONAL) GOSPEL MINISTERS’ CONFERENCE OF THE HOUR (on a regular basis) to achieve the project.