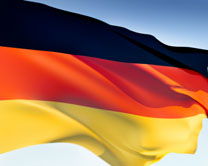 The Sunday Light Fellowship is a time of revelation and restoration based on the infallible word of God.

This is a time of revelation of God’s power, miracles, signs and wonders in the midst of his people. It is a time when stones of life are turned to pillows. no man remains the same after the charismatic hour because at such a time god’s power comes down tremendously to remove all sorts of problems and leave songs of joy on our lips.

The Weekly Bible Study fellowship is a time of In-depth Study of the Word of God, page by page, chapter by chapter, lifting out the hidden treasures from the Word of God and having them planted on the tables of our heart. this is the bedrock of our Christian faith.

Germany,  officially the Federal Republic of Germany is a country in Western Europe. It is bordered to the north by the North Sea, Denmark, and the Baltic Sea; to the east by Poland and the Czech Republic; to the south by Austria and Switzerland; and to the west by France, Luxembourg, Belgium, and the Netherlands. The territory of Germany covers an area of 357,021 km2 and is influenced by a temperate seasonal climate. With 81.8 million inhabitants, it is the most populous member state of the European Union, and home to the third-largest number of international migrants worldwide. The Watchman Catholic Charismatic Renewal Movement is pastored by:

The Watchman Catholic Charismatic Renewal Movement in Germany exists to promote cross-cultural evangelism and the planting of bible based fellowships throughout Germany. Our Evangelism brings the gospel to those who do not have a relationship with Jesus Christ; and the fruit of our evangelism provides the foundation for a new congregation of believers. Our primary goal is to make disciples, not simply to get people to attend church meetings.

In our fellowship in Germany, we labour to further revival and evangelism in various parts of the country. True revival is only experienced when the Spirit of God is allowed to do His work in the hearts and lives of the people of God. Our aim is to advance the saints toward maturity through grace.